These paintings and works on paper began as a reaction to intuitive image making: to see if a pattern determined purely by chance could result in a composition that was as balanced or dynamic--successful--as one that was made deliberately or instinctually.

The early experiments relied on playing cards or dice to "place" the elements, which had been established beforehand. Their criteria were simple and basic: half-inch-wide bars and pure primary color and/or black and white; opposing bars would never touch, enabling "negative" shapes to be produced as a result of the chance rhythms. Because I was using a deck of cards (minus the face cards) and a single die, the lengths of those bars were based on the numbers those games of chance use (1-10 or 1-6). The later work employed handmade spinners, and I decided to begin at the beginning, using the numbers 1 and 2, and later 1, 2, and 3, to determine not only the lengths of the bars but also to establish the colors (pure complements for 1 and 2 or pure primaries for the latter combination).

Although there were times when the temptation to "disobey" the spinner was great, I did not and would be rewarded with what I consider to be surprising and interesting outcomes. I also found the process to be freeing rather than restrictive.

More recently I've isolated the negative shapes produced by the 1, 2, 3 patterns. They conform to other criteria based on scale, intersection, and movement within the plane. 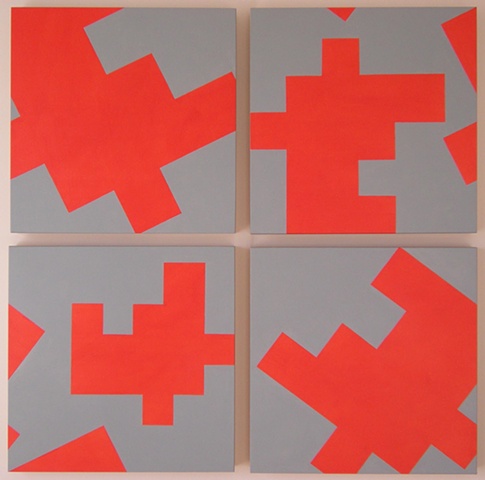 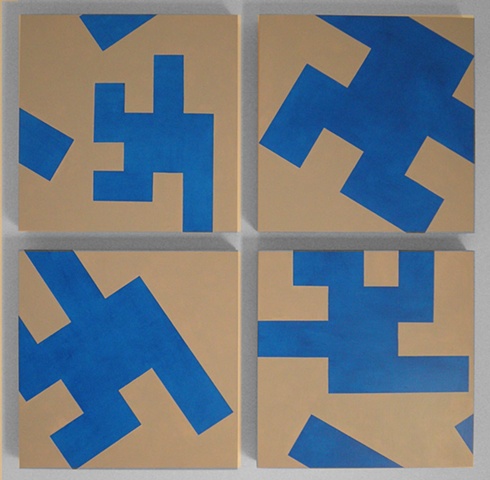 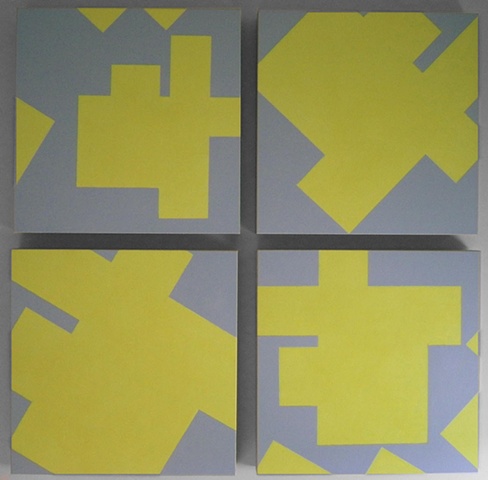 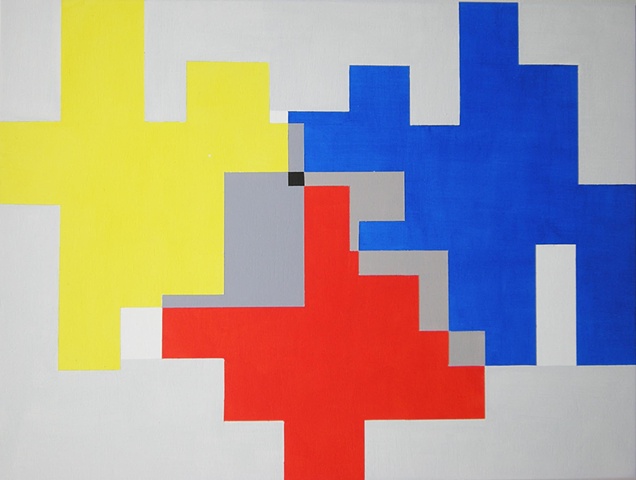 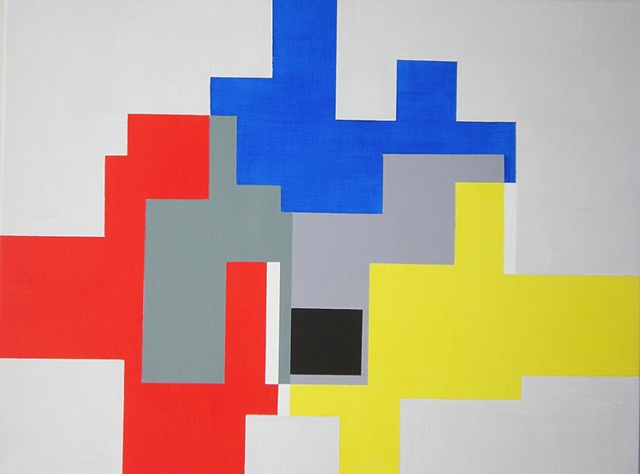 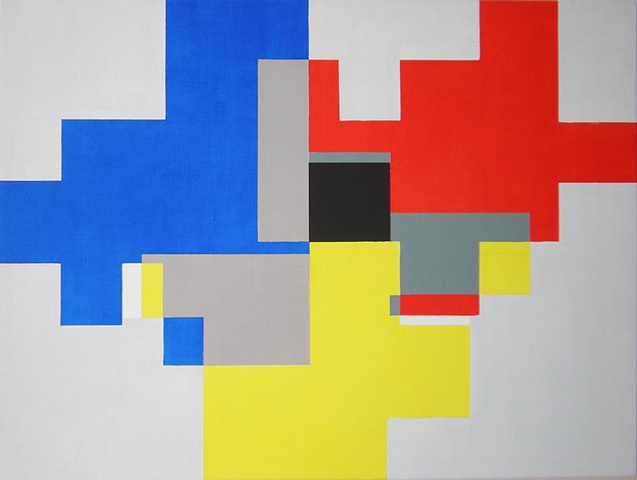 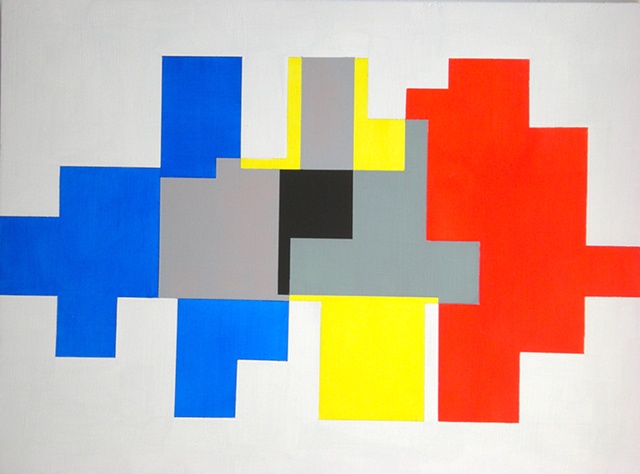 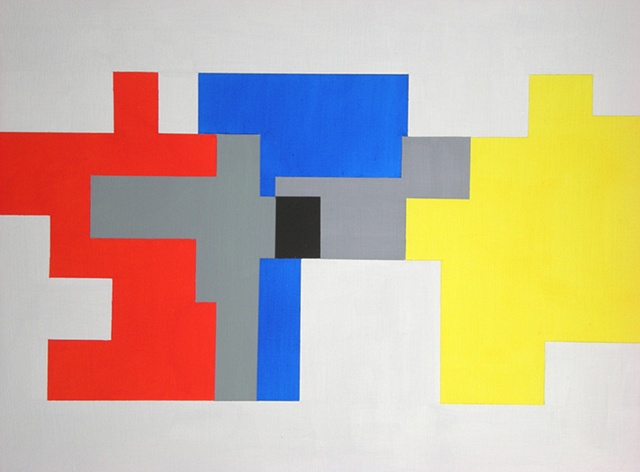 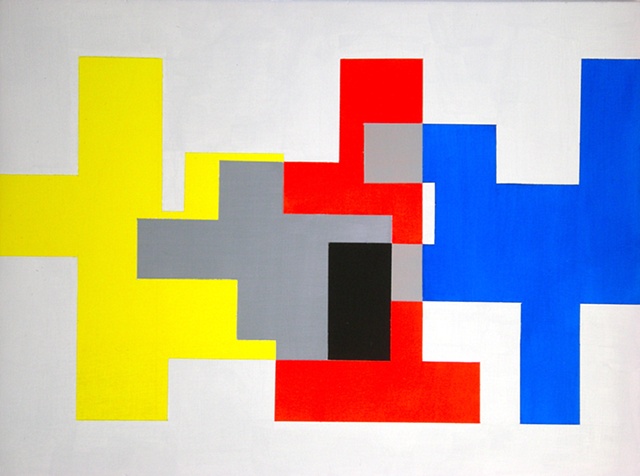 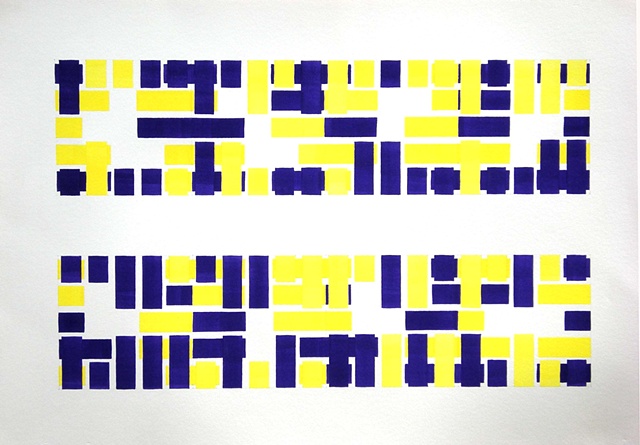 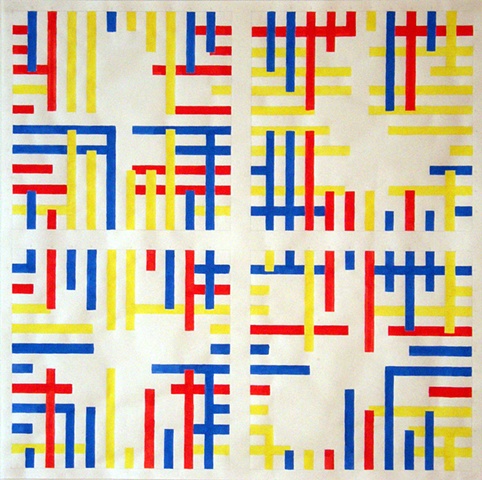 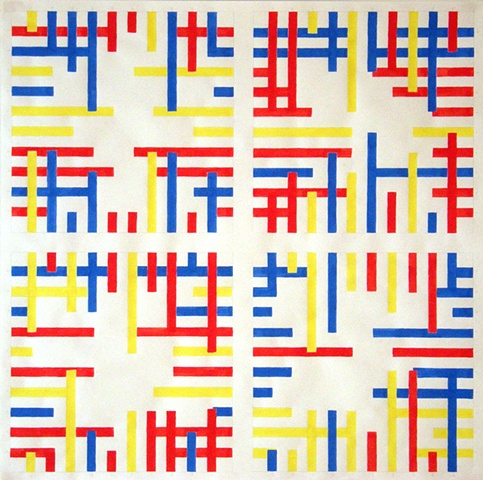 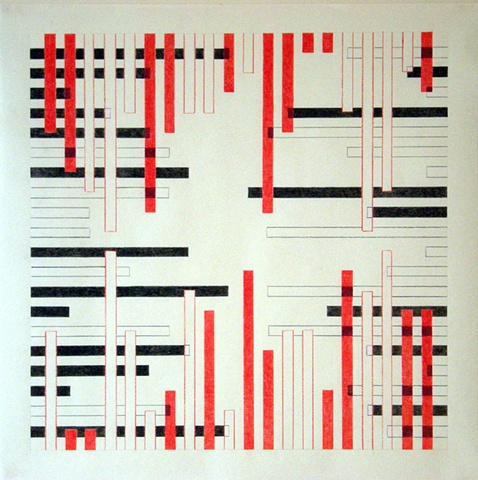 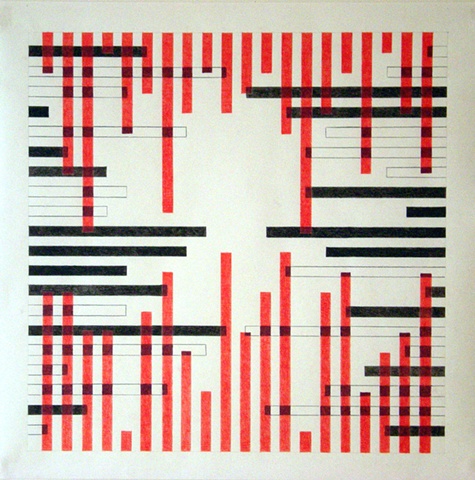